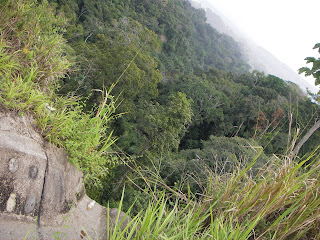 From 17th July, I will be in Madagascar, working with Azafady on sustainability, conservation, education and development.

I'll be blogging from there on the people, the experience, littoral forest, unique species and humanitarian development - watch these pages!

With about 5% of Earth's plant and animal species found within this 0.4% of the planet's land surface, Madagascar is among the world's most significant biodiversity hotspots.

8 out of every 10 species found in Madagascar are found nowhere else…Though today it remains among Earth's top biodiversity hotspots, Madagascar has so far lost an estimated 90% of its original forest vegetation

Adding to the pressures on Madagascar's natural environment are resource extraction operations where foreign interests play a significant and typically dominant hand. Madagascar is rich with minerals, and increasingly busy with mining activities.

The people of Madagascar make up an ethnically diverse population of some 21 million, with the number of inhabitants increasing at a rate of about 3% per year. It is one of the world's most impoverished and least developed countries, ranking 151/187 in the 2011 UN Human Development Index, with 77% of its population living below the international poverty line of $1.25 per day (that's about 80p). Only 27% of the population are classified as urban – the majority work in subsistence agriculture, and some 50% of children under three years of age suffer retarded growth due to a chronically inadequate diet. Island-wide, about 1 in every 10 children die before the age of five from easily preventable diseases, typically diarrhoea – rising to as many as 4 in 10 in rural areas.