Getting into final preparations now for departure...


Madagascar is the world's fourth biggest island after Greenland, New Guinea and Borneo. Because of its isolation most of its mammals, half its birds, and most of its plants exist nowhere else on earth.
The island is heavily exposed to tropical cyclones which bring torrential rains and destructive floods, such as the ones in 2000 and 2004, which left thousands homeless.

The Malagasy are thought to be descendants of Africans and Indonesians who settled on the island more than 2,000 years ago. Malagasy pay a lot of attention to their dead and spend much effort on ancestral tombs, which are opened from time to time so the remains can be carried in procession, before being rewrapped in fresh shrouds. 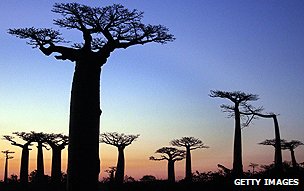 After sometimes harsh French colonial rule, which included the bloody suppression of an uprising in 1947, Madagascar gained independence in 1960. The military seized power in the early 1970s with the aim of achieving a socialist paradise.
This did not materialise. The economy went into decline and by 1982 the authorities were forced to adopt a structural adjustment programme imposed by the International Monetary Fund.
The World Bank has estimated that 70% of Malagasy live on less than $1 per day. Poverty and the competition for agricultural land have put pressure on the island's dwindling forests, home to much of Madagascar's unique wildlife and key to its emerging tourist industry.
The island has strong ties with France as well as economic and cultural links with French-speaking West Africa.
However, Andry Rajoelina's seizure of power in 2009 left the country isolated by the international community and deprived of foreign aid.
An agreement to move back to constitutional rule in 2013 hung in the balance after Mr Rajoelina announced he would stand for the presidency after all. Both he and ex-president Ravalomanana had earlier agreed not to contest the election.